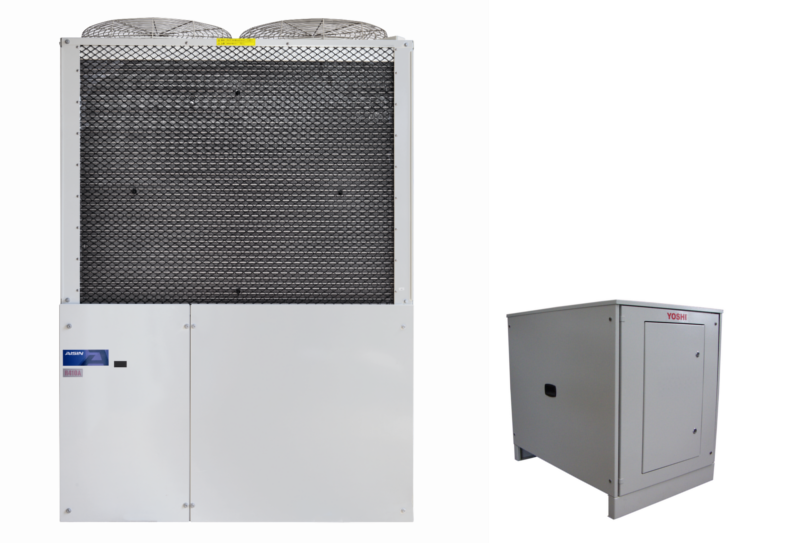 Tecnocasa Climatizzazione developed, patented and produces 8- 10 -13 HP AWS units.
When connected to GEHP units, they can transfer the energy collected by the refrigerant gas to water piping connected to fan coils, radiant heating, heat recovery units thus allowing the air – to – water configuration. In combination with relevant 8 – 10 – 13 hp GEHP units, Tecnocasa AWS units are the only hydronic modules in this power class available on the market.
The Hydronic Module AWS Yoshi® is not to be deemed as a mere heat exchanger. With its advanced built-in electronics, the Yoshi® AWS has been developed to maximise the energy efficiency of the whole cooling system.
The Yoshi® AWS can easily manage the primary circuit, slave units (up to 8 GEHP units connected in one network) and also further integration units (such as boilers, chillers …). Among many other functions, it is also possible to manage the AWS water supply temperature according to a weather compensation.
SPECIFICATIONS
GEHP + AWS CATALOGUE
Back to heat pumps